Indian Idol fame Abhijeet Sawant talks about his Journey, Best Memories and Childhood From the stage of Indian Idol Season 1, the nation got this gem who is living in every heart with his mesmerizing voice!

Abhijeet Sawant has worked with some popular composers and musicians in the last few years and never missed any chance to showcase his excellence in his craft.

In an exclusive chit chat with The Signature Story, Abhijeet Sawant talked about his life’s journey and struggle to get the title of the first Indian Idol Season of our country.

During the conversation, he revealed that his one of the happiest moment was when he passed his 12th exams and giggled while including his wedding in his happiest moments. 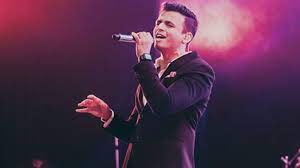 He started learning music at the age of 15 and completed his graduation from Sound Engineering. He even talked about his affairs and favourite travel story.

The chit chat got concluded with the message over the testing time and a song in his mesmerizing voice. Abhijeet Sawant’s latest song has been released few days before named ‘Hum Jab Mile’.

Rahul Vaidya will soon marry Disha Parmar, this was revealed about the date of marriage