One of the most sensational and anticipating films titled “Operation Java” is ready for its World Television Premiere. Now, the movie is going to air on the television channel named Zee Keralam. Earlier, the movie was realized theatrically on 12 February 2021 and has got a tremendous response from the viewers.

Now, the movie is going to hit the television screens on May 15, 2021, on the Zee Keralam, This is one of the most prominent and entertaining channels for the South Indian show and movies. Through this, we have provided all the needed information about this movie such as cast, plot, release date, and many more. 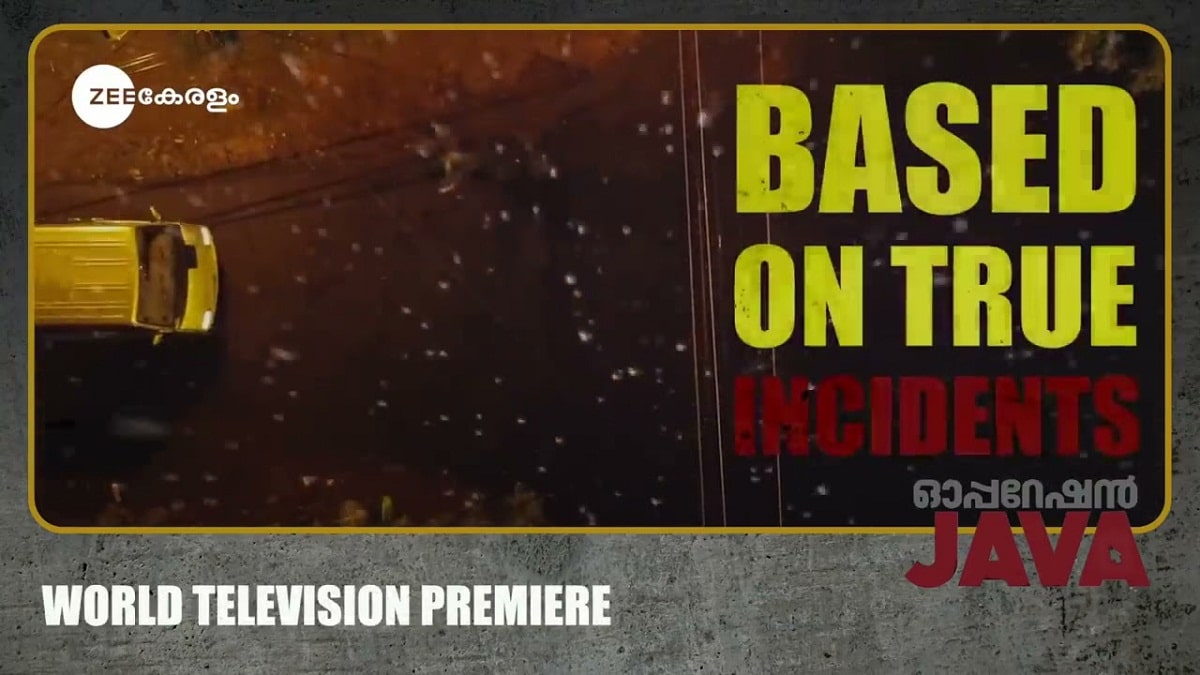 The movie is helmed by Tharun Moorthy and produced by Padma Uday under the production banner V Cinemas International. Tharun Moorthy is also written the movie. The cinematography and editing are done by Faiz Siddik and Nishadh Yusuf respectively. The music of the film is composed by Jakes Bejoy. The movie starring Balu Varghese, Vinayakan, Lukman, Shine Tom Chacko. The movie is containing many other talented and brilliant actors in the movie who have performed their roles exceptionally and receives huge fame for their work in this movie.

The story of the movie is all about some real incidents and cases. In the movie, an accident takes place and after that, the case is investigated by the cyber cell police station located in Kochi. The officers investigated this case for one and half years but didn’t find the culprit. Later, two new officers those names are Antony and Vinay Dasan joins the police especially for this case and with their help, the real culprit will be found. These two officers are very talented and skilled. The movie is filled with lots of action and thrilling scenes which will be liked by the audience.

Well, the movie has received a positive response from the critics and audience as well. When the trailer of the movie was released on 1 February 2021, the viewers liked the trailer very much and gives positive comments in the comment box. The trailer has gained 1.6 million views and 79K likes from the viewers. Now, the makers want to see the reaction of the viewers by telecasting the movie on television. The movie is scheduled for its WTP on May 15, 2021, at 7 PM on the Zee Keralam channel. So, get ready to watch this action-drama Malayalam movie on your television screens at 7 PM. Stay tuned with us.