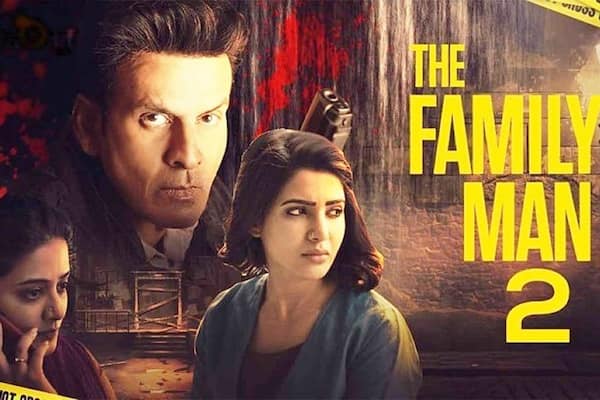 On June 4 The Family Man season 2 is all set to be released and there is no doubt about the eagerness of the audiences for it to be released as it is one the most awaited Hindi web series on the OTT platforms and people are pretty excited about the same, But now the show is facing controversy as may of the Netizens are calling out the show as they are saying that the show is anti-Tamil as they have figured this out after seeing the trailer of the show that was released on Wednesday. The trailer is being loved by the fans as Manoj Bajapyee and Samantha Akkineni are going to be back with a bang on June 4 but there are also some people who are protesting against the series and are putting the series in a bad light as they are calling it anti-Tamil as the people in South are questioning the series as the terrorist in the show are portrayed as Tamil rebels who are trying to kill people as they are putting their interest as a priority in front of innocent people’s lives by joining hands with ISIS as they want to harm the country and this is the reason that a bunch of people is calling out the show for what they are portraying as they seem to be pretty intolerant to such a thing.

Many of the people are stating that this is completely unfair to the people who have done so much hard work in Sri Lanka and it is portraying the people and the country in a bad light which should not be the case and the topic has even been trending on Twitter. people seem to be really hurt by this, this is something that shouldn’t even have happened in the first place, someone has to be shown as a terrorist and stories are made and heroes are considered to be heroes when they fight the wrongs in the world and in order to portray an act of heroism.

There has to be something which is pretty wrong, the issue is that why people are so much intolerant and why are they so sensitive, at the end of the day it is just a series, now many people have the argument that they could have shown anyone as a terrorist but that is exactly what they have done if the people of every culture are going to react like then how is someone going to be shown as the “bad guy” in the movies.

It is a shame that people get so sensitive to such a thing, there is a pandemic going on which is taking away so many lives and this is what people are debating about, to conclude, this is just a series and doesn’t matter whoever they portray as a terrorist, it is not going to mean that they are a terrorist in the real world also and people really need to get over this as by doing this they are boiling up there for no reason, to be honest.