In the latest episode of Udaariyaan, you will see Tejo saying Fateh to leave the place, he asks that what she thinks about herself, meanwhile he gets angry and hits the scooty. Tejo tells that someone is sending gifts for Jasmin, and tells that she is having a kiddish nature to which he replies by saying it’s ok and he holds her hand, he starts thinking that she does not have any idea what is going to happen with her. There Simran says to Fateh that he should go to Jasmin and should propose to her after this Fateh replies that he should impress Tejo, Mahi says if you don’t go and propose to her then Jasmine will marry someone else then what will you do. 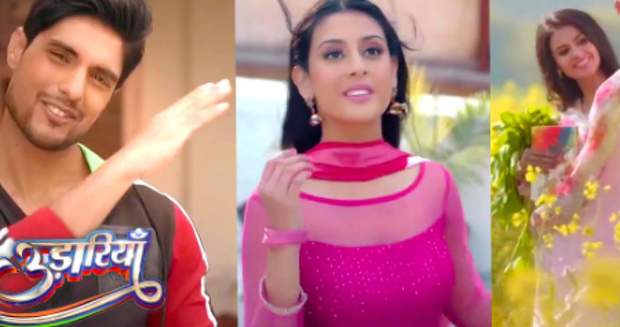 Simran says to him that first, you should know about Jasmin’s acquiescence. Simran says that I’m going to miss you and starts crying, Fateh asks her did your husband tell you something if there is something like that sp tell me I will not leave him. Simran does not reply. He says come back to the home I can fight for you no matter who is standing before me. She replies you are just an emotional person and nothing she creates strange excuses and hung up the call. Fateh starts thinking that she must be hiding something.

In the other scene, you will see Tejo trying to grasp all the gifts from Jasmine but she leaves, later on, Tejo tries to find out who is behind this who is sending gifts to her. Tejo screams at the guard for helping all the cheap boys who are giving gifts to girls. There Harman goes to her wife and surprises her saying that finally, he brought a truck but he gets surprised when he gets to know about Tejo’s wedding.

Jasmine gets Fateh’s invitation and reads and gets to know that she has to meet him the next morning at 09:00 AM. Jasmine decides to meet him as she wants to know about the person who is sending all the gifts after meeting him she gets to know that the sender is all the way from Canada. Tejo also reads the letter, Fateh and Jasmine both get happy to think that finally, they will meet. Well, there are some more things to watch on tv so don’t forget to watch them. Till then stay tuned to get all the latest updates on the show.