Vijay TV’s extremely popular musical show “Super Singer Season 8” is gaining tons of views this weekend. Yes, because of the legendary film and music composer, A.R Rahman visiting the show as a special guest, it received high TRP ratings. SS8 will continue to show ARR in today’s episode as well. The participants will get the opportunity to perform one more time in front of the “Jai Ho” fame singer. Though everyone tried to deliver their best, Muthu Sirpi stole the entire highlight as Rahman gave the singer a standing ovation tonight. 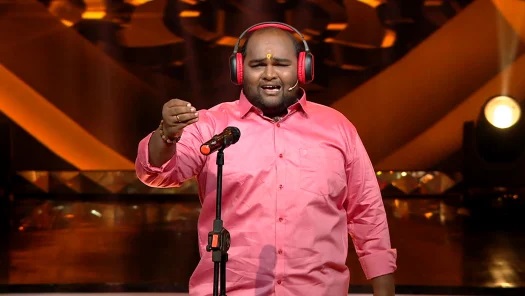 The promo that is going viral shows, Priyanka Deshpande, joining the contestants and enjoying their performances. Now, many viewers must be wondering about the cause of the arrival of A.R Rahman visiting the show. Well, he has arrived to promote his upcoming film titled “99 Songs”. No, the singer has not acted in it but has the written the romantic story instead. The 56-year-old singer shared the story behind him writing his first film’s script.

The film composer stated that every individual has a story to tell this world so he tried to share his story through this movie. ARR continued that he decided to give writing a try and asked the viewers to believe that the story is the singer’s reflection itself. He also comes up with a promotion strategy as he asked everyone to participate by recording a video of them singing their most favorite track.

Later, the makers will go through all the submissions and filter the top 10 recordings. It will be used as a title track of the movie “99 Songs”. He also added that whoever will get in the top ten lists will get an opportunity to meet the singer himself but virtually while that one winner will even get to work with him. The picture will be released on 16th April this year. Now coming back to the performances, host Ma Ka Pa Anand and Priyanka called the contestants one by one stage to perform. Aravind comes first and sings “Anbe Anbe Kollathe”.

After his soulful performance, came Manasi. She performed magically on “Malarkalai Ketten”. It blew A.R Rahman’s mind and he got lost in her performance for a while. Later, Rahman even gifted her his own autograph. Aditya and Sriram performed on “Aaromale” and “Vetri Kodi Kattu” respectively and impressed the guest. Muthu Sirpi got everyone’s appreciation at the end of Super Singer Season 8 today’s episode. Do not miss to watch the show on Star Vijay TV at 9:30 PM.