The recent episode of Aapki Nazro Ne Samjha begins where Darsh says his father that if the wedding rituals are necessary to start from Nandini’s house, so do not worry regarding this he will make Rajvi understand. Meanwhile, Gunjan comes from the stairs behind her Shobit also coming, and wondering that if she tells everything to his family regarding Charmi’s gift. So it could be made some bad circumstances which won’t be appropriate for them, but she does not do this ad behaves normally with them. 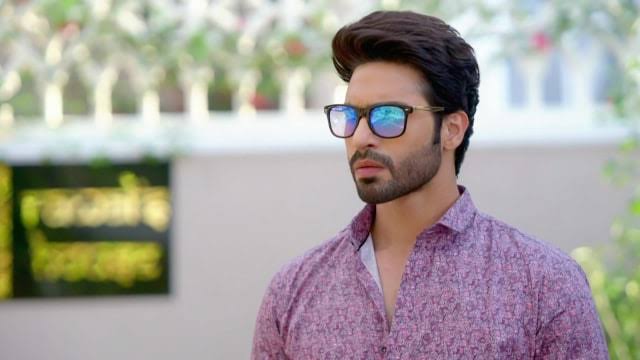 Then Gunjan says to Nandini that they should leave from here now, due to numerous works are pending at their house. But when they arrive outside the house Nandini gets intuition that something is wrong with Gunjan. She starts interrogating her that what happened to tell her, did Shobit say inappropriate something to her. After reaching their house Gunjan makes a call to her grandmother and informs her, that she went to talk to Shobit and she got to know about his other affair.

After that, her grandmother says that she should take advantage of it and makes him realize his mistake. Then Nandini goes to Rakla along with the letter Gunn gave her in which she wrote that now she is not interested in him, so leave her and let his life enjoy. But Rakla mentions ahead of Nandini that he can not let this wedding happen, because she betrayed him. Meanwhile, Darsh hears Nandini’s voice and starts following and meets Nandini but he did not expect this at all.

Then Nandini makes excuse and says that no one is here with her, but Darsh got to know that she is lying. He starts rebuking her on just minor things, such as he says why she did not go to purchase a wedding outfit. She replies Vanlata will purchase that but Darsh expresses his rage, by saying that God gave her eyes to utilize it. But he suddenly realizes his mistake and apologizes to her but Nandini refuses to forgive him, he says so how should he apologize to her tell him.

In next morning entire Raval family goes to Nandini’s house for rituals but Namrata does not feel good to come here. Then Naveen offers them a chair to sit but when Darsh’s uncle tries to sit chairs get broken and he falls down. After seeing this Naveen gets embarrassed and brings some more chairs and says that they can sit because these chairs are too strong do not worry. So do not forget to watch it on Starplus at 06:00 Pm and for further details stay tuned with us.