In the latest episode of Anupama, Dolly along with Meenu return home after dropping Baa and Bapuji at the Bus stand as they are going to meet their grandmother. Anupama asks Dolly if Baa gets bus on time and if she gets a window seat as she always sits on the window seat. Dolly replies yes and Anupama wishes for a safe journey for and Baa and Bapuji and she also hopes that they will return soon. Dolly says that they did not even reach Nani’s house and Anupama hopes that she will return soon. 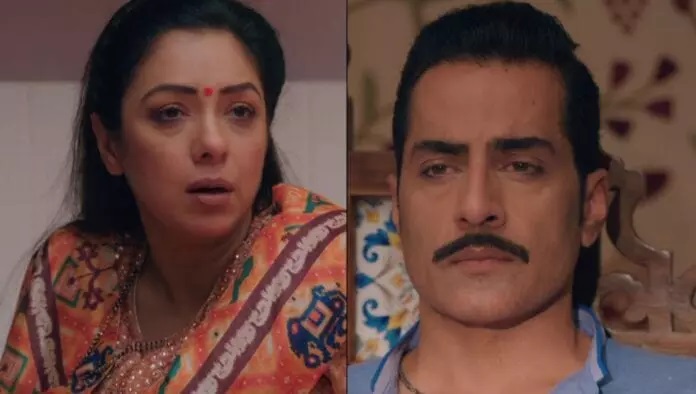 Anupama says that this home is incomplete without Baa and Bapuji. Dolly also says that we all going to miss you. Meenu asks if Mami is going somewhere. Meanwhile, Kavya comes in between and says that she is going to her mother’s house once and for all. Meenu asks her mother if Pakhi is telling the truth. She also gets emotional and hugs Anupama and tells her not to leave them. But Kavya again says that she is coming in the place of Anupama and we are going to enjoy ourselves a lot. Dolly and Anupama ask her to leave, Kavya gets disgraced and leaves. Dolly also praises Anupama that no one can look after Meenu better than her.

While Anupama and Dolly are praying to god and Dolly prays to God to do some miracle that could stop Anupama from leaving this house as no one can take care of this house better than Anupama. While there is a curfew in the entire city and the state government has imposed action to barricade the protest. Anupama and Vanraj return home and Vanraj goes to his room and locked himself. Anupama gets worries as Vanraj won’t come out. She goes to the kitchen and prepares coffee for Vanraj.

Kavya there is going insane and calls an agent to replace the residence address in all of her documents with Vanraj’s house address. The agent says that she has to shift to that house to change her residence address. Kavya thinks that she will renovate the entire house when she will shift Vanraj’s house and will destroy all of her memories attached to this house, kitchen, and from every single room of this house. After Pakhi comes to Dolly and informed her the all government offices have been closed due to protest and now, Anupama and Vanraj divorce can’t happen. Catch the complete episode on Star Plus today at 10 PM. Stay tuned for Anupama written episode updates.