The viewers are enjoying the current track in Apna Time Bhi Aayega. Presently in the serial, someone has kidnapped Rani. Kumud noticed in the previous episode that Rani is not in her room and then informed everyone. Since then everyone is worried for her while Nandini thinks that it’s another conspiracy of Rani. It was also shown that the kidnapper called Veer and demanded Rajeshwari’s release from the jail if he wants to see Rani safe and sound. Let’s check what is going to happen in today’s episode of the daily soap. It starts with Veer. 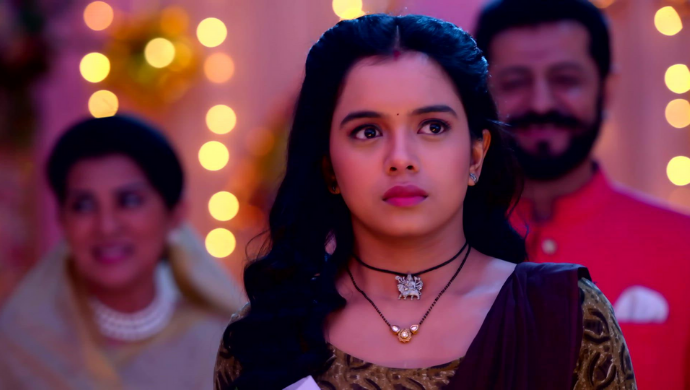 Veer is extremely worried so he goes to Rani’s room to check who could be behind this kidnapping. He is seen in much trouble as so much is taking place in the house. Where Rajshwari is also arrested and suffering in jail, Rani also got herself into a problem. So, now the storyline has gotten more complex due to the troubles the family is surrounded with. However, the most concerning topic right now are to find the actual kidnapper.

He thinks that he might find some kind of clue from Rani’s room as she got kidnapped from there only. On another hand, Rajmata worries for Rani. She tells Veer that she wants to see Rani safe and asked him to find her soon. Veer assures her that he searching for some pieces of evidence and will try to bring her back sooner. Later, everyone goes into Rani’s room.

Veer picks up the bedsheet and sees a piece of cloth lying there. He thinks that it might belong to the person who entered Rani’s room and kidnapped her. While he also worries about Kidnapper not making any second call. Veer worriedly thinks if Rani would be in good condition or not. Meanwhile, Veer gets a call from the kidnapper. The latter asks Veer to talk to Rani.

Then Rani speaks. She begs Veer to save her from his trap and that she is extremely scared. Veer asks her not to be afraid as he will soon free her from there. Veer gets emotional while the phone gets disconnected. So basically in today’s written episode of Apna Time Bhi Aayega, Veer will be seen shuffling between two problems. Where one side, Rani is kidnapped, Rajeshwari is also suffering inside the jail. Watch the interesting track on Zee TV and check written updates of the show here.