The most amazing and controversial show Bigg Boss Malayalam Season 3’s upcoming episode begins with where you will watch that Bigg Boss has organized a chart. In which they mention all the details of contestants who are safe this week and who are nominated for the recent eviction. All housemates get shocked after seeing the chart because they did not expect it but when the chart placed in the garden area at that time Dimple Bhal Firoz and Anoop get happy because they are safe from it. 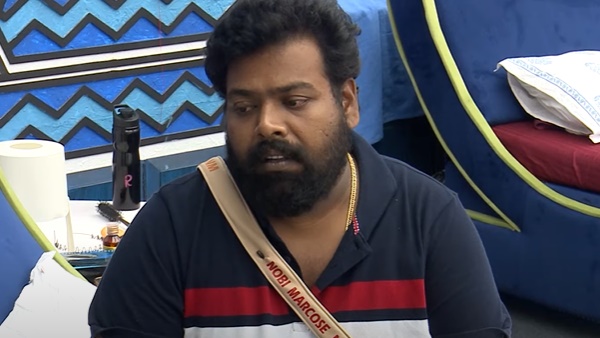 The makers have released a new promo regarding the episode in which you can watch the list of all housemates, and check about your favourite contestant that they are safe or not. It is a huge twist in this season that Bigg Boss directly show them a result of this week Firoz and Sajna also nominated with other housemates and now everything depends on the voting because now as per the twist audience will decide their journey in the house that to whom they want to watch in the Bigg Boss house.

All nominated contestants got a tension after seeing the panel because now the season has passed more than half journey and now all housemates are giving their best so that they can continue their journey ahead. Because if now someone evicts from the house so it can bother them because now the season is going towards the decisive face and everyone wants to win the show, and it’s the right platform to earn fan following through their activities but evictions are ready to take a place.

Another twist in the show is participant Remya Panicker got the chance to enter again in the house and her presence can make the atmosphere hot in the house. Through which the arguments, fights can take a place in the BB house and everyone knows that she will definitely do such things which will create unrest and as per the sources Firoz Khan warns Remya Panicker due to her behaviour because clashes can create between them in the future.

But she retaliates that she does not afraid of him as other housemates afraid she knows how to behave with such people like him. Before some time ago Firoz Khan also got the Warning to hurt and injured her so now in the show numerous twists are taking place day-by-day and hence the show is too agonistic so watch it at the correct time and for more updates stay connected with us.