Today’s episode of Barrister Babu starts with Bondita. She thinks that she should remove all the accessories since she is not Anirudh’s wife anymore. She wears plain clothes and starts crying. Meanwhile, Trilochan arrives. He feels bad for Bondita and cries as well. Trilochan tells Bondita that he has not ever thought that this day will come. He gets shattered and says that his life would never be the same Bondita asks him to calm down as she will not be leaving the house and will live with them only. 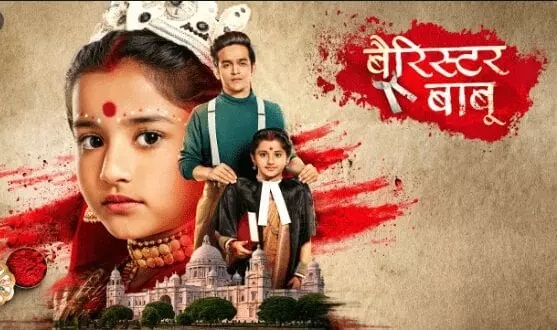 Trilochan tells Bondita that she is not understanding that some kind of relation is important for a woman. What would she answer to the society that why is she living here in the Haveli? After Trilochan leaves, Bondita begins to think about Trilochan’s words, and tears start falling down her cheeks. Anirudh decides to meet Bondita. He thinks to think about securing Bondita’s future. The couple meets while a song gets played in the background.

When Anirudh comes, Bondita doesn’t call him Pati Babu. She calls him “Barrister Babu” instead. Anirudh smiles and tells Bondita that he will always support her and that she should not get affected by what society says. He assures her that they will not get separated and asks her to pack her stuff as he will drop her at the hostel. Then, Anirudh goes leaving a sad and heartbroken Bondita. She asks Anirudh if he will really drop her at the hostel and will separate her from him.

Anirudh denies and tells her not to get upset as he is just sending her away from the evil society. He adds that she will always remain closer to his heart. On another side, Sampoorna sends her men to instigate the villagers upon Anirudh’s decision. They ask the villagers if they support the girls going against the men. Everyone shakes their heads. Later, Anirudh tells Bondita that she might be thinking that he has gotten scared of the villagers.

It’s true, he is worried about her as they can do anything to her. He can’t let society torture an innocent girl over and over again. Hence, he is taking this decision. The villagers decide to kill Bondita. Bihari informs Anirudh about the same. Anirudh gets scared and rushes to Haveli to save Bondita. Stay connected with social telecast for more latest written episode updates on Barrister Babu.