Wild is one of the most popular shows which streams on the Voot app the show released on 13th March 2021 and it telecast on Saturday at-08:00 Pm. The show is as attractive as its title because the show has such an overwhelming format along with an atmosphere in just a small time duration it got the huge fan following and all episode are watching by the viewers again and again because this type of shows does not have script al the actions and reaction come from them naturally. 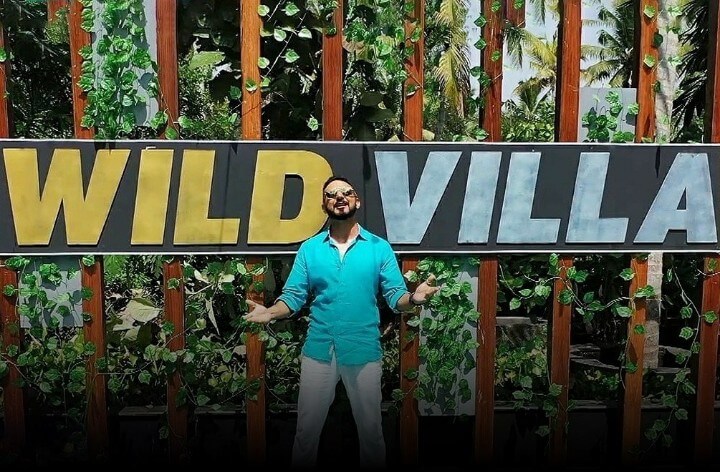 The is being hosted by the most charming and attractive face who is Nikhil Chinapa he has done a lot of shows and one of them is roadies. Which has the best fan following and through that he created the best fan base and his fans are loving to watch him in the wild villa. The show has similarly related to the Splitsvilla because all the participants of the Wild villa have a dream to enter in Splitsvilla so it is a right platform that can give them a golden chance to enter the show.

The makers of the show have decided to make a format that would help the contestants to get the golden chance to make their presence in the Splitsvilla X3. The show has contains 6 young contestants in which 3 girls and 3 boys are part of the show which is given by Nikhil Chinappa. They have to show themself best than others and make the victory of their so that they can impress him, and all the tasks which play by them seem extraordinary hence all fans stream the show on time, you can get to know that contestants list also.

These contestants will have to compete in Wild Villa to get and win their place in the most popular Tv show on MTS’s Splitsvilla X3. Who will win the show The contestants will get the golden chance to enter in the Splitsvilla X3 directly as a wild card contestant. But for the streaming, you will have to purchase the VOOT app so that you can get access to watch the show at the correct time, and the subscription of it also not too expensive so everyone can purchase it easily. So watch the recent episode there and for more updates stay connected with us.