Priyu explains the hideout where she is captivated by the goons to Sudha, Priyu and the kids. However, while Purvi is informing them Anjali overhears their conversation and informs Prakashi the same. At first, Prakshi didn’t trust Anjali, But later she calls and orders the goons to destroy all the computers there and shift the place. Sudha, Priyu, and Kids go to the Police station and tells the inspector about the old computer godown. The inspector orders the constable to prepare the car as they are going to locate the Purvi. Later, Priyu along with Sudha and the kids pleads with the inspector to take along with them. 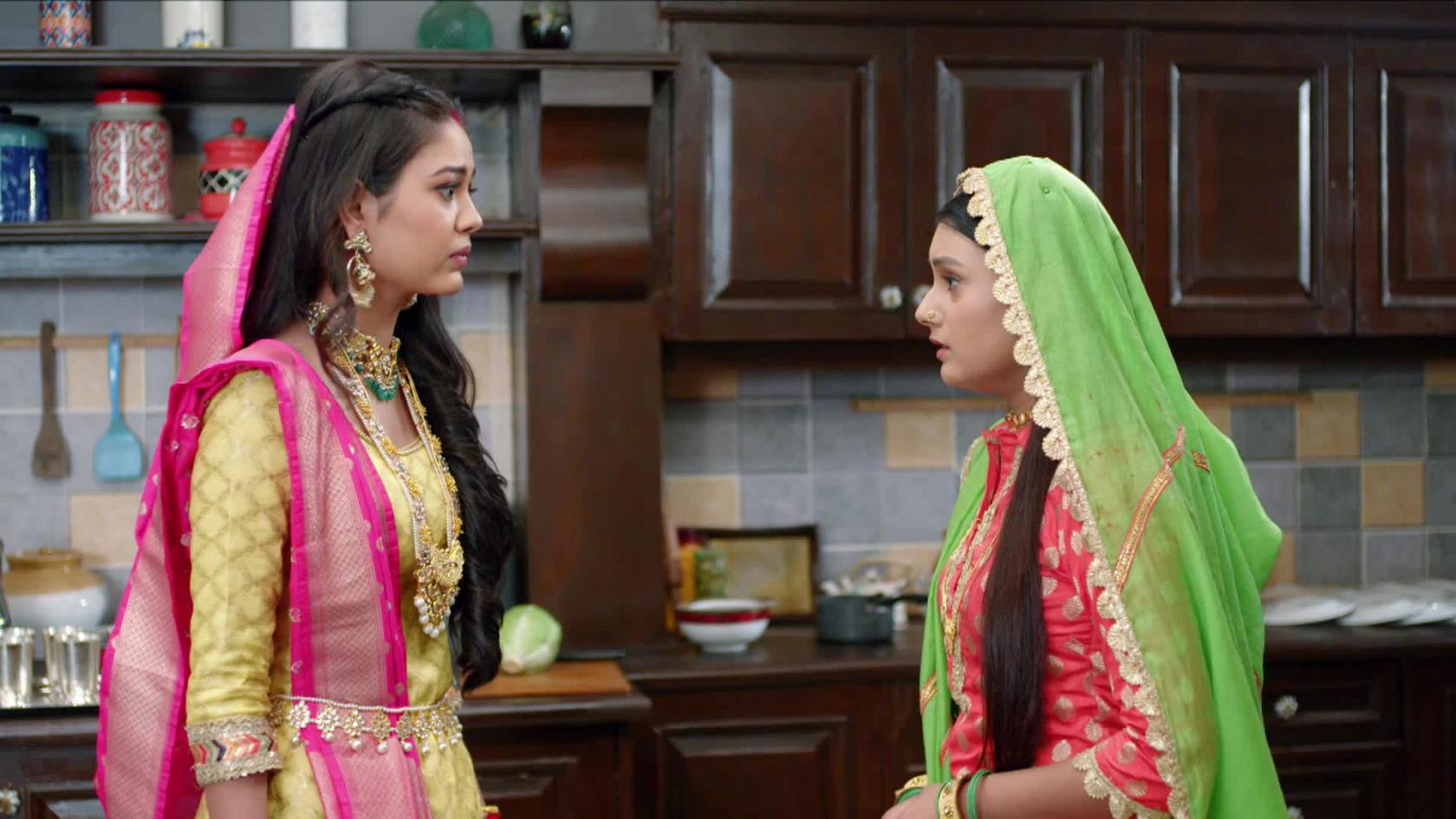 Inspector allows them. Goons there are destroying all the computers they also warn them to not be over smart. He further says that we won’t even think twice before shooting you. Purvi stands and pushes the goons away tried to escape from them. Sudha along with the police heading to the computer godown. On another hand, Prakashi and Anjali are also all on their way to Godown without getting to know that Police is heading in the same way.

Goons slap Purvi but he again tackles them, while escaping Purvi bumped with an iron box and get herself hurt with that and falls. Goon caught her and asks you still want to roam around. At the same time, the police enter the Godown and heads to different ways to find Purvi, but they find nothing there. They ask Sudha and Priyu to return home as they nothing find here. But Priyu says that Purvi mentions a godown near railway tracks.

Another constable mentioned such godown. After much struggle, the Police finally spots the goons and both starts shooting each other. Anjali suggests Prakashi leave the place, but she says that she won’t spare Purvi. But Anjali says that we will get another chance to grab Molkki if we are alive. One of the goons cover himself with Purvi and point a gun at her.

She asks the police to leave the if they want her alive. Just then Virender comes there and grabs the neck of the goon from behind and throws him away. Still, the goon shoots at Virender but he got saved and thrashed the goon. Later, he handovers the goon to the police and free Purvi from the ropes. They finally get Purvi back and hug each other. Stay tuned with Social Telecast for further Molkki Written Update.