The most attractive Tv show Pandya Store’s recent episode starts with where Raavi carries wedding attire and looks in the mirror and says that today no one is here to compete with her in beauty. Raavi imagines that Dev is praising her beauty but when she turns there is no one who is standing behind her, then she consoles herself by saying that in a while she is about to get married to Dev. She goes to meet Dev so that she can see him in a wedding dress. 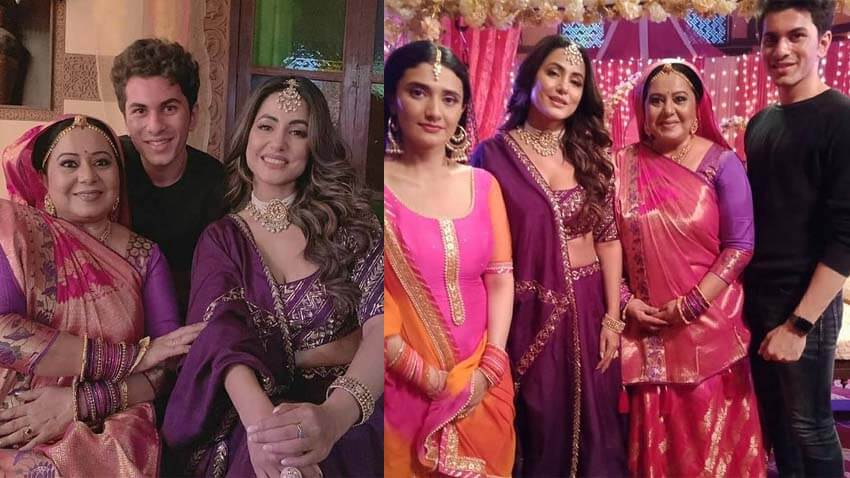 Dhara sees Dev and says that he is looking like a prince she comes to him and praises him for taking the decision to marry Raavi. Then she orders to Shiva that go and ready for the wedding Suman also says to him that it’s time to get ready. Suman teases Dhara that where was she from the morning and why she did not come to her room to asks her about the health. Dhara makes her understand that it is a wedding house so she was not understanding what to do or not.

After that, Suman expresses her anger and says that she is her mother-in-law and asks her about her injury. Then Dhara makes an excuse by saying that she was opening the cupboard in and hence she bumped into the door and got this injury. Suman says that there is no reason to make an excuse she will definitely figure out the reason for this injury and Dhara hugs her and she expresses her feelings towards Suman and says that she loves her a lot.

On another side, Prafulla comes into the room her Raavi but she does not find her there and says that where is she, Anita says that there is no need to think about this she will find her and take her here. Gautum sees that Dhara keeps on crying and he makes her cool down Krish says that does not cry at all because when Raavi will come into their house so Shiva will cry. Another side Janardhan says to his sister that he had numerous dreams of his daughter’s wedding.

He says that she ruined his all dreams for the sack of Dev and if someone will ask him that why he fixed her marriage so early so what will he reply. His sister makes him cooldown by saying that everyone has a past that has passed now so do not take a tension without any reason. Then Dhara gives the plate to Suman and says that start the Tika ritual so that his wedding can be started, so do not forget to watch it on Starplus at 11:00 PM and for more updates stay connected with us