The Grand Finale episode of Comedy Star season 2 is ready to telecast on Asianet Channel on 11th April 2021 at 03:00 Onwards all the viewers are desperately waiting for the episode. So that they will get the winner name of this season, you can get to know that finalist names here due to makers have already revealed that. So all finalists are Ream Rock, Black & White, Four Stars, and Chirikkudukka another side you will be blessed with the presence of many well-known faces so check the details below. 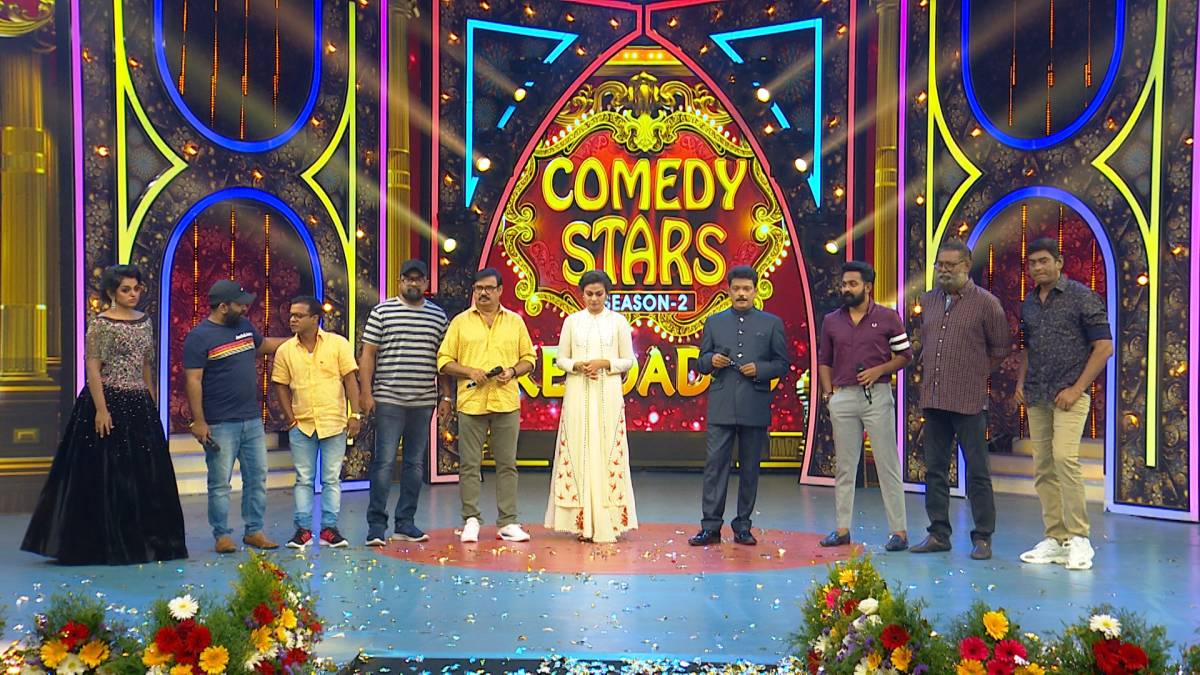 Leading actor Jagadeesh, Shwetha Menon, actor/director Salim Kumar & Lal, and Director Siddiqui are going to be a part of the judgment panel. Even their presence will grace the stage and at the same time, they will fill the audience through their enthusiasm, which is really overwhelming to watch. But as per the perspectives of the audience, all the die-hard fans of the show whole-heartedly will miss the show, because this show conferred them true entertainment and through which created such a commendable level of popularity.

The most popular actor Dileep will come as a special guest in the show and his attractive presence will never allow you to blink your eyes and miss any moment. On another side, Tini Tom, Nadirsha, Saju Navodya, Bijukuttan, Paris, Lakshmi, Saranya Anand, and others will take care of the entertainment so that the audience will not feel bored during the telecast so the makers are paying their attention to the entertainment so the episode will astonish you.

The makers have recently released the promo of the episode in which you can directly watch some glimpses, through which you can get the idea that how much the grand finale is going to fantabulous. All contestants are preparing themself so that they can not disappoint their die so get ready to watch comedy levels high up to the nest level which will make you feel laugh while crying. So stream it at the correct time and let’s hope who will win the show because everyone wants that their favourite contestant will win it.

As everyone knows that Comedy Stars Season 2 is the most beloved show on the south side and no one wants to miss even a single episode of it. Because this show is a stress buster and reduces your all tensions and stress while telecasting, through its extraordinary entertainment level. The show must watch by all the die-hard fans of it and numerous have managed their time scheduled according to the show. When the show was on-aired at that time no one thought that it got such amazing popularity but it proved it.

Another side the show has most watched on Online platforms along with Television as well because the makers agree with the audience’s perception. Due to some circumstances if someone misses the telecast so they can watch it there anytime anywhere. Hence the show is still getting love from the audience, but not it has arrived in the decisive face and all finalist wants to win the show so let see who will win it and make it on their name. so do not miss to watch it at the correct time and for more updates stay connected with us.