The coming episode of Kundali Bhagya begins where Pawan interrogates Mahesh about Prithvi, he recalls the way he slapped him and threatened him as well. Pawan accepts that Prithvi is his brother and if he saw him so tell him but Mahesh holds his collar and says that he identified him. Then Pawan comes to know that he is talking to Mahesh that now he got to know about Prithvi, he thinks that it’s nice that he did not expose Sherlyn, Mahira, and Prithvi. 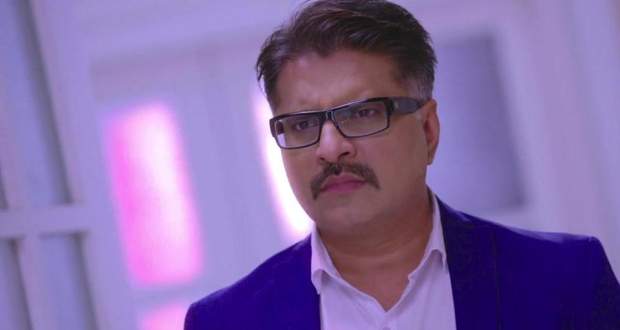 Then Mahesh warns him that he got to know their truth and now he is going to expose them so that his family gets rid of them. Pawan says to him that he got misunderstanding he is not that person whose he is finding to expose, Mahesh mentions that he knows all intentions of him and now he also got know that why Prithvi entered in their life and the Luthra mansion. He says that still Rishabh does not familiar that Pawan is a real brother of Prithvi.

After that, he decided to expose them in front of the entire family and goes from there but Pawan thinks that if he tells their truth to everyone so it can make a lot of trouble for them. Then he decides to kill him at any cost so that their secret will be secret but when he tries to follow Mahesh meanwhile Mahira sees him and think that why he is following him here what is the reason behind this she will have to know that, Then she thinks that Sherlyn should know about it.

Then Sherlyn set the kerosene everywhere by saying that if she can not win so she will not let them win as well at any cost. Mahira stops Sherlyn to tell her everything and she executes her plan in front of her and says that she has to kill all the people before exposing Prithvi because Preeta has come to know each and everything about him. But Mahira says that she is not understanding the circumstances which are going to happen and says that thinks about Pawan at least once.

Then Preeta says to Srishti please bring water for him and meanwhile Mahesh recalls the 2010’s incident and says that someone tried to kill him. He says that he also wants to expose one more mystery after hearing this Sherlyn got shocked because she knows that if he tells them everything so they will throw her outside from the house forever she thinks that if she will get exposed by him so they will send her jail as a punishment. So do not forget to watch it on Zee Tv at 09:30 PM and for more updates stay connected with us.