To take the people on a trip down memory lane, Indian Idol Season 12 contestants are all set to give magical performances on the “Ram Navmi” special episode. It will be the first time of any reality show to dedicate a complete episode on the entire ‘Ramayan’. Every contestant will appear in traditional Indian attires to make their performances even more religious. As almost every Indian citizen had watched the epic Ramayan last year when the government had imposed the lockdown, today’s episode will make them recall the good times. 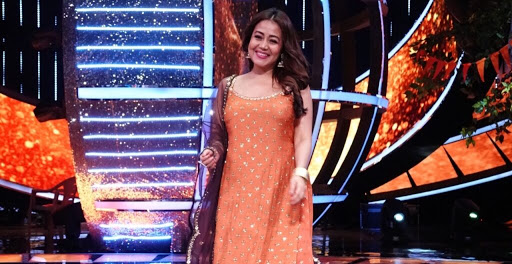 The participants will recite the entire Ram Setu procedure to the judges while one special guest will arrive to grace the popular show. The lyricist and the person who had arrived in the show earlier as well will reach the sets and will describe the story a bit before the contestants’ performances. Yes, Manoj Muntashir will surprise the participants and the viewers with his special appearance. In his unique way of explaining things, the lyricist will compel the audiences to wander in the beauty of the holy story of Ram and Sita.

Sayli Kamble and Arunita Kanjilal will grace the stage together and will perform on “Ghar Aaja Pardesiya”. The duo’s magical performance stole almost everyone’s heart while the judges filled the beautiful participants in extreme praises. Also, along with every performance, one very talented artist will draw beautiful paintings. Where the participants will sing on one side, the viewers will see the artist painting behind according to the song they are reciting.

Apart from the solo performances, the participants will also give a power-packed performance in the group. Continuing the Shri Ram Katha, Idols including Md. Danish, Shanmukha, Anjali, Arunita, Sayli, and Nihal sang the Lagaan fame “Baar Baar Ha”. It depicted the story of the entire hard work behind forming the Ram Setu. Manoj Muntashir explained the story while that mentioned artist continued to tell the story through his paintings. Based on the religious theme, tonight’s special episode will move forward.

However, the viewer might miss the most talented participant Pawandeep Rajan in Saturday’s episode. Since he has tested positive for the virus, he will skip some upcoming episodes. Besides, the fans will definitely enjoy this “Ram Navmi Special Episode”. It is also expected that the Yog Guru, Baba Ramdev arrive on the set to join the episode of Indian Idol Season 12. Catch the mesmerizing performances on Sony TV at 9:30 PM and stay tuned with us to know what will happen in tomorrow’s episode.