The recent episode of Mehndi Hai Rachne Wali begins where Raghav says to Pallavi that he has given her shop, Money so does she wants anything else, Vijay slaps Raghav by saying that how can he do such nonsense regarding Pallavi. Vijay says that he has proud of her and he can not listen to anything against her at all so think twice before saying such words. Then Raghav replies that this type of blind trust can give him a shock and says to Pallavi that she did many things with him, but she should not make her father fool. 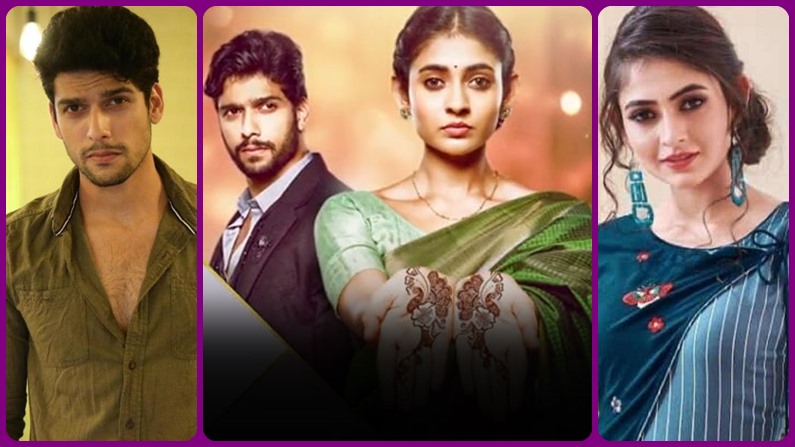 Then Pallavi reveals that from last year their business is running in a loss and every time she made a false accountancy book to show him. Raghav tries to inflame them by saying that she wants to take shop on her name, but Pallavi says to them that there is no need to believe him at all. Raghav says that she has hurt him a lot hence he revealed the truth about her in front of them, he asks Sharada about the shop. Meanwhile, Raghav shows them papers and says that genuine agreement is with him and Vijay gets shocked.

After that, Krishna tries to handle the circumstances by saying that Raghav is lying to them and Pallavi is right. Raghav shows them chats and photos which he saw on the news and informs them that this girl is Pallavi or no one else. Raghav says that they insulted him a lot but right now he hides her name, spontaneously Pallavi slaps him and says it’s enough now. But Raghav says that she has to accept the truth and Saluchna is making fun of it.

Then Sulochana says that they can hope but there is a trust issue that has happened, then Vijay expresses his rage and pushes Pallavi by saying that he does not want to watch a face of her because she did fraud with him. Which he did not expect from her at all, and says she has broken his trust as well, and after today he can not trust her at all. Then Vijay says that still they do not have a shop and he burns the papers in front of them, and Pallavi tries to stop him.

Then Raghav says that she is playing with the feelings of her family, they love her but she is making them fool. He says that he does not have any interest in her and Pallavi retaliates to him by saying that why he is trying to let her down and goes from there. She comes to Vijay and consoles him by saying that he is only making her image spoil ahead of them. She says that she is paying EMI’s and legal documents work also in progress. So do not forget to watch it on Starplus at 06:30 Pm and for more updates stay connected with us.