We are back with the written update of the prominent reality show named “Mr. & Mrs. Chinnathirai Season 3” that airs on Vijay Television every Saturday and Sunday at 06:30 PM. It is a couple-based reality that is going on really amazing and entertaining. As we all know that the show was suspended for some time due to the pandemic but now the show is back with a bang. The show has come with some new concepts and twists n turns. After seeing the latest promos, we felt that the upcoming episode is going to be super fun and amusing with new and interesting games. 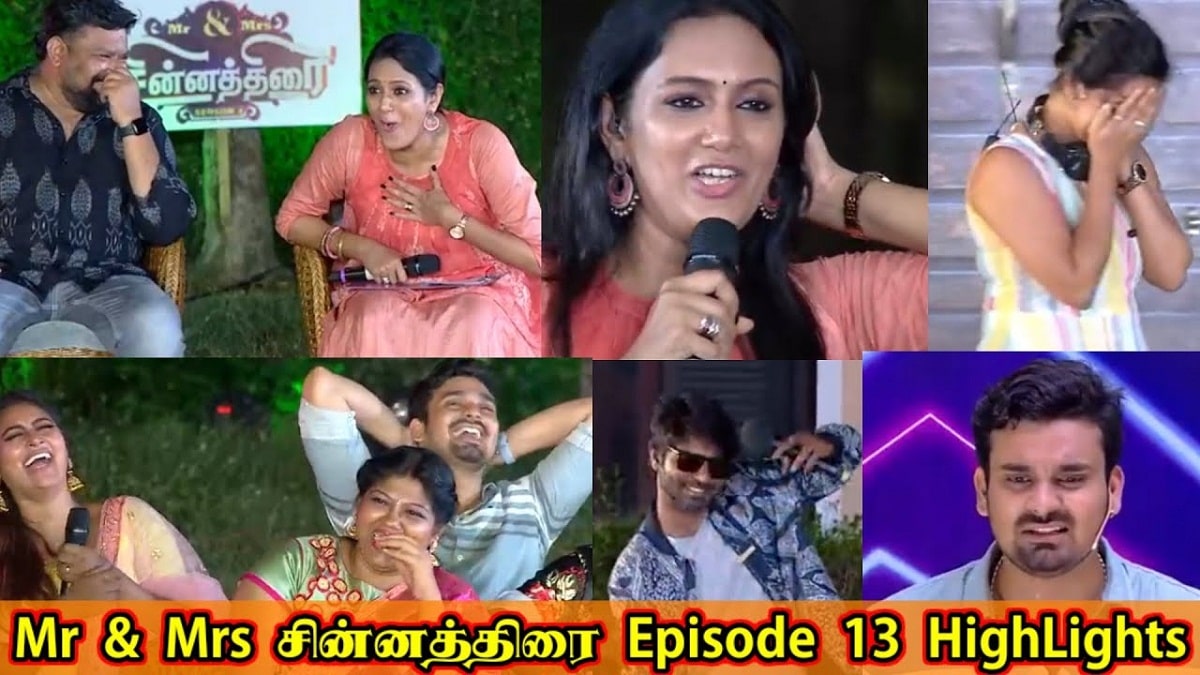 In today’s episode, some interesting and enjoyable games will take the place in the show and will perform by the contestants. Along with games, the viewers will also get to see Masti between couples. The contestants will be seen enjoying the game at the time of performing. The first is going to super amazing which is that the females need to make one white shirt very dirty using some stuff including several colors and more. After that, the men have to wash those shirts and whoever cleans the shirt perfectly, will win the game.

During this task, the couples seem very happy and delighted and their husbands are doing something which they never do at the house. Some wives will be instructing their husbands that how to wash those shirts. There will be another task in today’s episode on which they are going to provide the contestants a bunch of pipes and they will have to create them in a way that the water reaches its destination and it is going to be bound with the time which is going to make it more interesting for watching the viewers.

Each couple will perform the task one by one. Along with the fun games, the couples will be seen doing Masti with each other. In the previous episode, we have seen that the contestants shared some interesting and heartfelt moments on the show. While sharing the moments, some contestants were also seen as emotional. The couples confessed love for their partners and expressed that how important they are in each other’s lives. In today’s episode, it is going to be very interesting to see who will win the tasks and will save their place on the show. So, don’t forget to watch the latest episode of “Mr. & Mrs. Chinnathirai Season 3” on Star Vijay at 06:30 PM.