In the latest episode of Molkki, we are watching that all the goons have shifted Purvi to another hideout. But somehow, Purvi contacts Sudha and Priyu via video call and asks about everyone, they all get elated but worried at the same time. The kids asked Purvi where is she and how is she. Purvi says that she is fine but she doesn’t aware of where is she. Kids start complaining about Anjali to her and say that Anjali locked them in the dungeon and also she didn’t give them food. Manas says that you are not looking fine. Just then Anjali is heading to the kid’s room where they all are taking with Purvi. 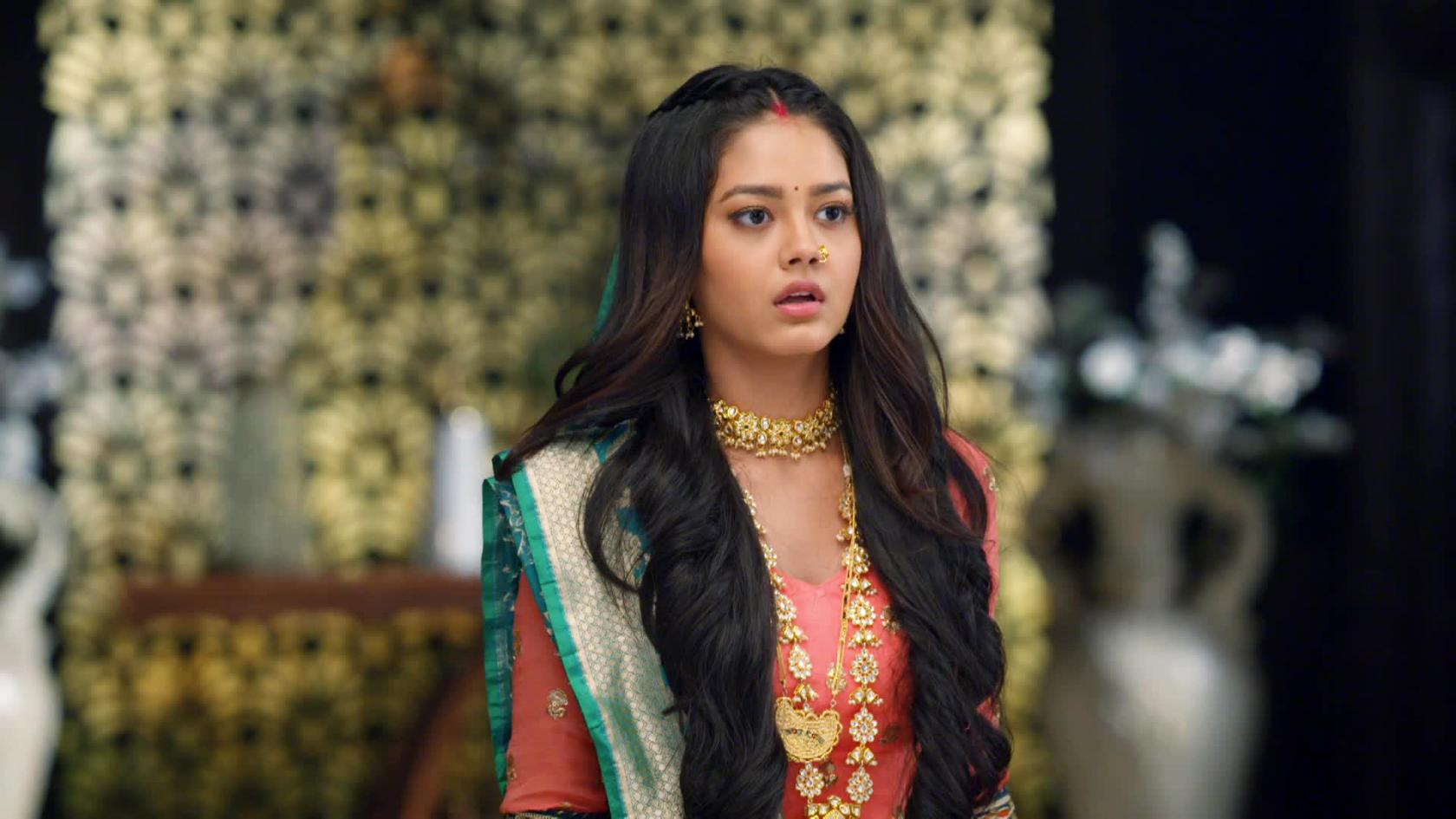 Juhi asks Purvi when will she return, while Manas is still complaining about Anjali. Purvi asks them not to cry and wipe their tears. Manas and Juhi do the same. Manas informs Juhi that Virender isn’t at home either. Purvi noticed that goons are approaching her and asks them to keep quiet and ends the call. Anjali there is about to open the door but Preeti calls her in between. Anjali opens the door and finds that kids are worshipping. They all narrow escape from Anjali.

The next morning, Anjali brings food for the kids, but Manas says that the food is quite boring and he doesn’t feel like eating it. Manas says that he wants to eat Sandwich, but Anjali says that that is all here to eat or nothing else. Both the kids start irritating Anjali. After a while, Manas is alone at home and noticed that two goons approaching the mansion. She seeks help but all go in vain. He decides to call Purvi, Purvi tries to calm him down. But Manas is scared as he is alone at home.

Purvi suggests checking the goons with the drone. Manas starts following the goons by the drone and finds out that they are heading to Purvi’s room. Purvi asks them to take the drone closer to them. Just then Jyoti pulls off Anjali’s mask. Anjali asks her about what happened, she asks about the jewellery in low voice. But Anjali didn’t get her and asks her to speak up a bit. Manas tells Purvi that they are looking for something in your room. Purvi asks him if he can reveal her faces. The episode ends, stay tuned with Social Telecast for further Molkki written updates.