Apna Time Bhi Aayega today’s episode starts with Veer and Vikram. They finally reach the location where Jai had kept Rani after kidnapping her. Veer angrily grabs Jai from his collar. He asks him to reveal where he has hidden Rani. Jai says that he admits that he has kidnapped Rani and that he will kidnap her again if needed. Veer fumes in anger and hits him hard. Veer asks him to reveal where is Rani but Jay keeps saying that he doesn’t know her whereabouts. He tells him that Rani flew away from his trap a long time ago. 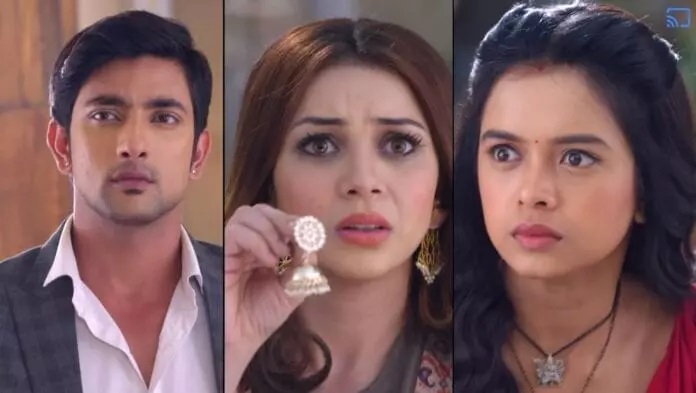 Veer and Vikram get tensed. Meanwhile, Veer gets a call from Jai’s brother. The latter informs him that Rani is under his custody. Veer tells him that he will not benefit from this. He asks him to release Rani and adds that his rivalry is with Jai then why he is dragging Rani into this. Jai’s brother says that he wants to trap Jai that’s why he is doing all this. Veer finally asks him about his desires as what he wants in return. He says that he wants 1 total of 20 lakhs of rupees.

The kidnapper warns him not to involve the police in the matter or else he might not see Rani ever. Veer gets scared and asks him not to harm Rani as she is completely innocent. He threatens him to quit the rubbish talks as he only has a time of one hour. Veer asks him to show some proof so that he can trust him in having Rani. He video calls Veer where the latter sees a crying Rani screaming for help.

On another hand, Sanjay shockingly questions Nandini about having involvement in Rani’s kidnapping. Nandini admits that she is behind this. Rajmata gets shocked and slaps her right away. She says that she is ashamed to another level. Sanjay asks why did she do this unacceptable. Nandini thinks about how she got manipulated by Jai. Nandini says that she did this because she wanted to release Rajeshwari from jail.

Rajmata phones Veer and asks him where is he. Veer says that he is extremely upset as he still hasn’t found Rani. Veer adds that she had to appear in the college. If she didn’t reach then they will not give her admission. Rajmata assures him that they will soon find Rani. In Apna Time Bhi Aayega’s upcoming episode, Veer announces that he will make Jai suffered for even a drop of water. Stay tuned with us for more updates on Zee TV’s serial.