In the 12th season of the musical reality show, Indian Idol, the viewers saw some of the legendary celebrities coming on the sets. The excitement spiked when evergreen actress Rekha graced the show. It might happen for the first time when a guest will appear in two consecutive episodes. Yes, the fun will continue in today’s episode as well as the viewers will get to see the actress’ grace and beauty. Since only half the contestants performed in yesterday’s episode, the rest of the idols will perform to impress the gorgeous actress tonight. 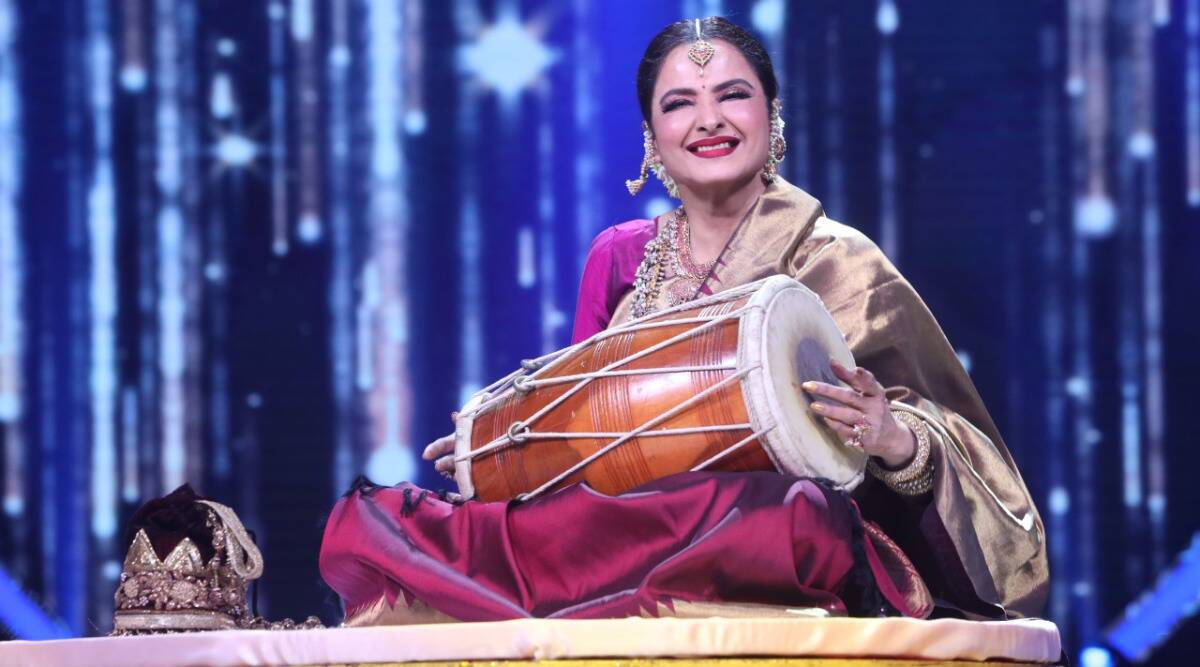 Pawandeep Rajan will begin the episode with his melodious voice. He will be seen performing on Rekha’s hit song “Aap Ki Aankhon Mein” where the actress will join the contestant on the stage. Yes, she will make the performance even more mesmerizing with her unmatched expressions and charm. Everyone will get astonished by the graceful performance of the duo. Later, Pawandeep even kneeled and gave a red rose to Rekha. The latter did not just accept the rose but also kissed it. The Bollywood actress also kissed Pawandeep’s palm to express her delight in his performance.

To impress Rekha next, Shanmukha Priya will arrive. She is undoubtedly the strongest performer of the show. With her yodelling tricks, Shanmukha gets appreciation after every performance. Tonight she will choose “Kaisi Paheli Hai Ye” to perform on stage. Just like every weekend, her performance will make the judges go crazy while Rekha will be seen thoroughly enjoying her performance. The actress will use Vishal Dadlani’s head as Tabla and make everyone laugh.

After Shanmukha’s phenomenal performance, Rekha will complement the girl by saying “she sees music”. Later, Shanmukha showed some of her dance moves to Rekha who imitated them on stage. Rekha said that she wants to become like Shanmukha taking everyone in a surprise. Ashish Kulkarni also appeared next and gave a powerful performance on “Aankh Meri Ladi Hai” while he also sang a Marathi song. Rekha was super impressed with him as she said that he is a “Mukkamal” artist while Himesh Reshammiya called it an atom bomb performance.

Besides the performances in the Mallika-e-Ishq episode, the elimination will take place tonight in Indian Idol Season 12. Despite giving spectacular performances, one of the idols will get evicted in today’s episode. There are chances that Anjali Gaikwad might get eliminated while Sayli is another name having the chances. Previously, it was Nachiket Lele who got evicted due to less number of votes. Check out the show at 9:30 PM on Sony TV.