In today’s episode of Pandya Store, Raavi expresses her anger to Dhara. She says that she did wrong by tieing her in marriage with Shiva as she loved Dhruva. Dhara says that we have to compromise many times in life. Sometimes, it doesn’t go as we plan it. She continues that the adversities and prosperities altogether makes one’s life interesting if we got everything we desired then there will be no meaning in life. Dhara tries t assure her that soon everything will be fine. On another side, the goons think that the Pandya family is going out. 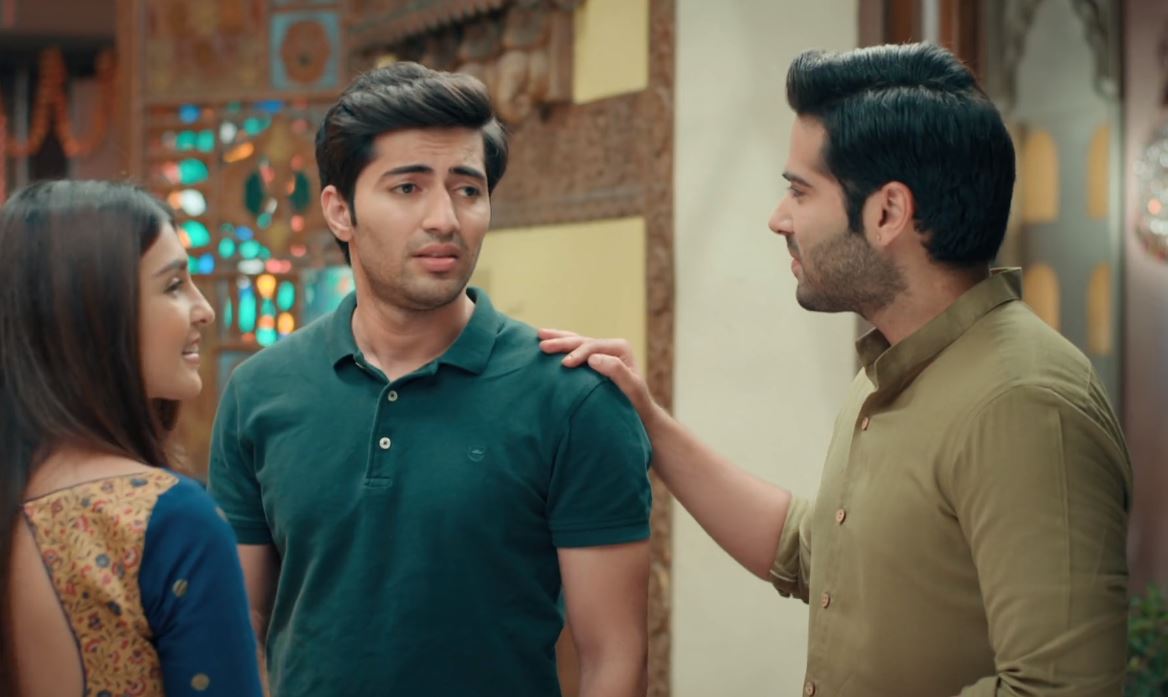 The goons call Janardhan and inform him that four motorbikes are placed in front of the Pandya house meaning they are heading somewhere. Janardhan says that he doesn’t care about the vehicles and he just wants to hear the news by evening. In the next scene, Gautam says that he has brought 21 Sarees to prevent any shortage. Dhara smiles and hugs him. Meanwhile, Dev comes. Dhara calls him and shows him the Suit and Sarees. She asks him to give all these clothes to Rishita. Dev says that there was no need for all of this.

Dhara says that this is ‘Shagun’ and it comes from girl’s Mayka but she doesn’t think Rishita’s family will send anything. After that, Dev notices that Shivam is leaving from there. He stops him and gives him a hug. He tells him that it doesn’t matter what everyone says, they will always remain brothers. Dhara asks Dev to tell Rishita to get ready for the Pooja. Later, Moti Ben comes and scolds Rishita’s mother for eating all day. She tells him that if she skipped a meal, she won’t die.

Dev brings Sarees for Rishita. The latter gets excited and tells him how happy is she. She praises him for picking the best Sarees. Dev asks her to thank Dhara instead. Rishita gets annoyed. Later, Rishita’s Bua, Kamini calls Dev. Dev asks her not to threaten him as it won’t affect him anymore. Kamini asks him not to disconnect the call and tells him that Rishita’s mother is not well. Dev gives the phone to Rishita. Rishita tells Bua that she has seen these kinds of excuses in the pictures so she can not fool her. Rishita refuses to come back in the written episode of Pandya Store. Watch the serial on Star Plus and get entertained.