The recent episode of Shaurya Aur Anokhi Ki Kahani begins where Devi and Tej reached the college to find Shaurya and they ask Peon regarding him. He says that he did not see him here but before some time ago ACP Ahir came here to find him but now he went to the hostel. Tej says that he knew that Shaurya will be playing Carrom in the hostel with students but Devi express her doubt regarding this. She mentions that he definitely went to the girl’s hostel to meet Anokhi. 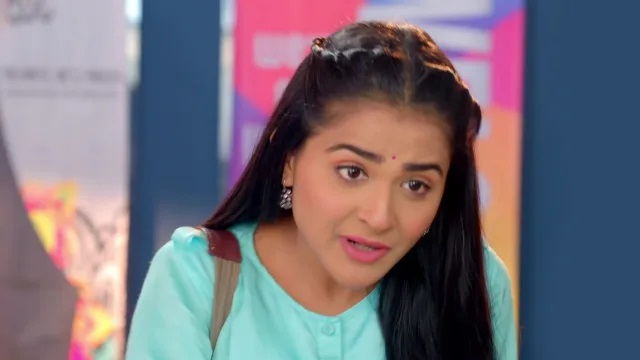 Then Devi expresses her anger by saying if she finds Shaurya there so she will not let her leave Tej makes her understand that first, they have to prove her crime, then they can take action against her. Then they start going towards the hostel another side Ahir informs Shaurya that his house members filed his missing complaint so suppose if they find him here so what will happen next. After hearing this Anokhi gets afraid and thinks that what she will do if they come here.

After that, Shaurya makes her understand that there is no need to think more regarding this nothing will happen with her. Devi reaches ahead of Anokhi’s room and starts knocking on the door Anokhi comes in front of her and she orders that please call Shaurya. But Ahir saves Anokhi because he takes him outside from her room through the window and comes with him from the corridor. She sees him and expresses her concerns by saying that as long as he does not come home she gets tension.

Devi interrogates him that where was he please tell her Tej replies to her that be patient he just met them, so give him some space so that he can tell them about that. Then Shaurya says her questions are also important to let her ask and Tej says that once they reach home then he will tell everything. But Devi still asks Ahir that where he met him Ahir replies that he felt unconscious ahead of Library, so he found him there and took him here in front of them.

Anokhi thanks Ahir that he saved her from their questions he says that there is no need to thanks him it’s his duty so do not worry about anything unless he is here. Shaurya reached home and all family members get worried about his health and offer him medicines but he does not take that and goes to his room. Both Anokhi and Shaurya keep on thinking about each other and Anokhi prays for his health. So do not forget to watch it on Starplus at 07:00 PM.