As we saw that Shaurya was waiting for Anokhi in the restaurant when Shaguna arrives there. In today’s episode of Shuarya Aur Anokhi Ki Kahani, Anokhi decides to go to the restaurant and gets shocked seeing Shagun and Shaurya having dinner together. Her heartbreaks. Meanwhile, a waiter arrives and asks Anokhi if she wants anything. Anokhi begins to cry and goes out. Shaurya turns around and sees Anokhi has gone. Shaurya tells Shagun that he will have dinner with her some other time and he has to reach somewhere. He leaves after hugging Shagun. 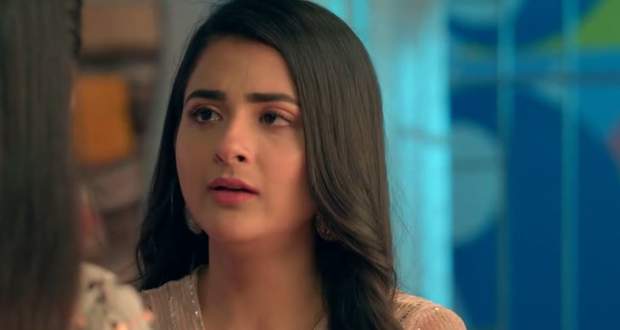 On another side, Reema gets worried seeing Anokhi crying and running towards her room. She asks Anokhi what happened. Anokhi replies that Shaurya and Shagun love each other. Reema asks if she talked to him. Anokhi refuses and continues to cry. Reema tries to comfort her. Later, Reema thinks that Shaurya didn’t do good. Meantime, Shaurya calls Anokhi. Reema picks the call and tells him that because of him Ankhi is crying non-stop. She completely blames him for her condition.

Shaurya requests Reema to convince Anokhi to come out as he needs to talk to her. Reema answers that it’s quite late now so it’s not possible. However, when Shaurya requests him, Reema convinces Anokhi to go out. She tells her that she is starving. Anokhi agrees. Reema asks her to go out first. As soon as Anokhi steps out of her hostel, she sees Shaurya standing there. He arranges dinner for her.

He sees Anokhi and says that she ditched her as he was waiting for her in the restaurant. Shaurya asks Anokhi what happened and why she is looking upset. Anokhi finally says that she has seen him with Shagun and that she is hurt. Anokhi asks Shaurya why he invited her on a date when he had invited Shagun there. Shaurya tells her that she is getting misunderstood.

Anokhi says that he had called her to compare with Shagun. She further adds that she doesn’t fit in his world as they both are wealthy and even look good together. Shaurya tries to make her understand that whatever she saw in the restaurant was not true. There is nothing between him and Shagun. Anokhi doesn’t believe it. Shaurya angrily spoils the dinner table and say that why this always happens to him. Shaurya and Anokhi Ki Kahani’s today’s written episode update ends. Stay tuned to know the upcoming story.

Read More  The Blacklist Season 8 Finale Is There An Episode 23? How Many Episodes In Season 8?