The coming episode of Shaurya Aur Anokhi Ki Kahani starts with where Shaurya shouts at Anokhi and says that neither it’s not a campus nor he is talking to her. He also criticizes ACP Ahir by saying that does he care about his reputation if the media sees him with her so they will make it the news but Ahir also retaliates to him and says that he does not care about his reputation but now he is thinking about Shaurya’s behavior as he talked to her in such a bad way. 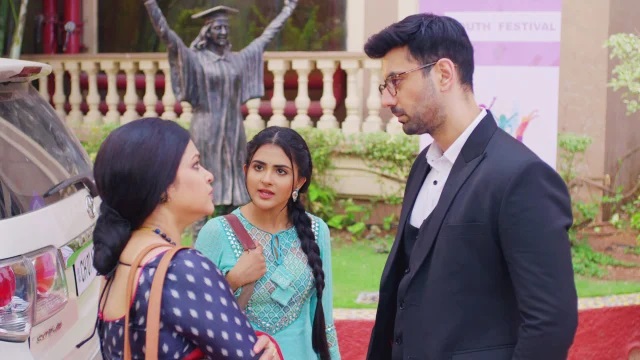 Ahir says to him that it seems his rude behavior which he got in his pedigree because whenever he sees him he always behaves like this to her which is not appropriate enough. Shaurya replies that shows his reputation to other people he does not care about it, but Ahir gets frustrated and says that he must see the heat of money but he needs to see the heat of the position. So please do not insist him for that and Shaurya also gets angry and says that he needs to see whatever he can do.

On another side, Devi tries to convince Shagun to accept Shaurya because still he loves her and if she accepts this so she has a golden chance to get the name of Sabarwals. After that, Ahir and Anokhi sit to start the lunch he says that he does not know the reason that why Shaurya behaves like this, even Anokhi also says that she needs to know the reason for it as well. She says that this reaction of him came spontaneously after seeing her with him.

Anokhi blames herself by saying that she does not know that why he always shows his anger at her, Ahir makes her understand that there is no need to think more about the incident, and he orders soap and so that they can start their lunch. But she still thinks about Shaurya and recalls whatever Reema told her that Shaurya likes her a lot. She thinks that why she is not enjoying this party she is bothering herself by thinking about it.

Shaurya also gets angry and he reaches his home Alok asks him that what is the reason for this anger, but he shouts at him but he tries to cover that by saying that he is worried about the sponsorship hence he got this irritation. ACP Ahir asks Anokhi about the fest she replies how he knows about it he mentions that when he arrived at her college at that time he heard about the fest, so do not forget to watch it on StarPlus at 07:00 Pm and for more updates stay connected with us.