Home Tv Shows Sivagami Rebukes Parvathy Due To Her Behavior


The recent episode of Raja Rani starts with where Shivgami interrogates Sandhya dis Saravanan gave her sweets or not. Sandhya moves her head and gives it to Sivagami and she refuses to accept that she needs it and thinks that it’s especially for Sandhya, not them. Sandhya says no to take that but Shivagami does not agree with her spontaneously Sandaram comes there informs them about the news that something is going on here. Shivagami has a complaint against Saravanan that he made special sweets for Sandhya. 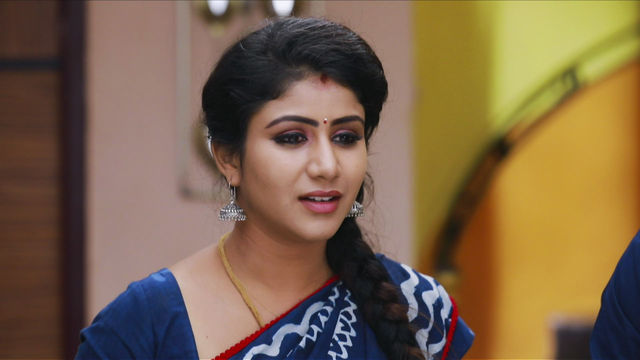 Then Sundaram raises a question that what is wrong with it and this conversation and things between the husband and wife. But Sivagami dislikes it and extempore Sarvanan comes there and she complains that why they gave it to especially Sandhya what is the reason behind this tell her. Another side Parvathi talks badly regarding her and Sarvanan tries to slap her but does not slap her because of limits which they can not even cross in any circumstances.

After that, he tries to make her understand that stop seeing characters of others it is not appropriate at all. He says that how can someone think about it Sivagami mentions that Sarvanan and Sandhya learnt to tell a lie together and he goes from there. Sundaram says that now she is happy Sundaram says to Sandhya that Sivagami is a blind guy who can see anything, and hence she is finding the reason to rebuke but Sarvanan makes Sandhya understands that she can not forgive that incident.

Sandhya asks Sarvanan to give a present to her he says that he forget to purchase a gift for her in this tension. As per the punishment, he starts doing situps Sandhya starts teasing him and Sarvanan also makes fun of that. They both spent such a good time with each other and later go shopping and he takes her to the ladies store so that she can choose some dresses for herself. Even he says that she can choose bangles as well so that everything they can purchase together.

Sakkarai is dancing in the sweet shop suddenly Sarvanan and Sandhya reach there and see that the ice cream’s vehicle is standing there. She asks him for ice cream and when he brings that for her so meanwhile, he throws waste on the road. After seeing that Sandhya scolds him and says that he should throw it into the dustbin and maintain hygiene and he praises her thinking as well, so do not forget to watch it at the correct time and for more updates stay connected with us.