Today’s episode of Apna Time Bhi Aayega begins with Veer. He talks to the kidnapper and assures him that he will fulfil his wishes as he too wants to see Rajeswari out of jail. Veer requests the kidnapper not to harm Rani and even reminds him of the injection, she needs to take on a regular basis otherwise her wealth will get affected badly. Kidnapper agrees and tells Veer that he will soon the exact location to him. He also adds that he will send one of his men who will bring him to that location. 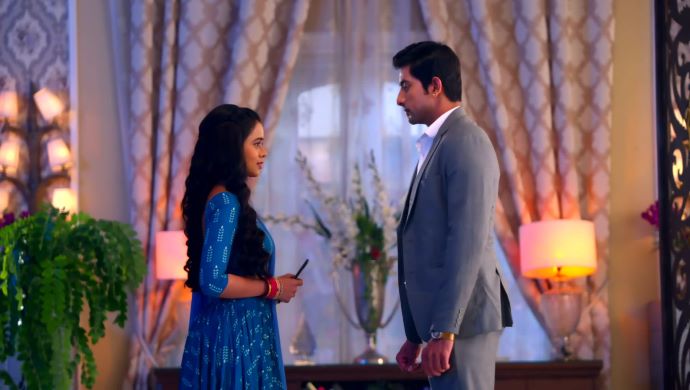 Then, Ramadheer asks Veer about Rani. He tells him that she is okay and asks him not to take the stress. After saying this, Veer leaves to reach the location. Though, he gets shocked seeing Digvijay standing there. He worriedly asks Veer about Rani. Digvijay lashes out at Rajmata for not telling him the actual truth. He questions Rajmata that why did she hide the truth. Rajmata answers that she didn’t want to trouble him as he is always worried about Rajeshwari.

Digvijay tells Rajmata that Rani is their daughter-in-law so it was their responsibility to keep her safe and all to inform him about her kidnapping. He gets angry at them for taking the matter so lightly as it’s a concern of their family’s reputation. Digvijay sadly tells Ramadheer that he couldn’t prevent the incident but he can definitely promise him that he will bring Rani into the house sooner. Later, Digvijay goes to inform the police but Veer asks him not to. He says that he is indeed going to meet Rani so he doesn’t have t involve the cops in it.

Veer informs him that he has taken the help of Vijay so he should trust him. Later, Veer goes to meet the kidnappers. However, one of the kidnappers tie Veer and even covers his face. They take him to their location. On another side, Nandini suspects Jay. She asks him not to harm Rani. Jay tells her that she is unnecessarily suspecting him as he can’t even think of causing harm to anyone in this house.

Later, Kidnappers take Veer to Rani. Veer gives her the injection and then gets into a fight with the goons. Meanwhile, Jay comes and hits Veer. Veer sees that the kidnappers are about to shoot Rani. However, it turns out that Veer was dreaming this whole time. With that scene, the latest written episode of Apna Time Bhi Aayega ends. Follow for more updates!