The episode of Pandya Store begins with Ravi. She goes to Dhara and asks her to help her find her room. Dhara looks at Shiva and asks him to pick his stuff. Later, Dhara takes both Shiva and Ravi to their room. Dhara tells Ravi that it’s her room. Shiva asks Dhara which is his then. Dhara jokes that Ravi is no stranger so they both will have to share the room. She tells Shiva that he has married Ravi so he has to share everything with her. Another side, Dev and Rishita say “I Love You” to each other. 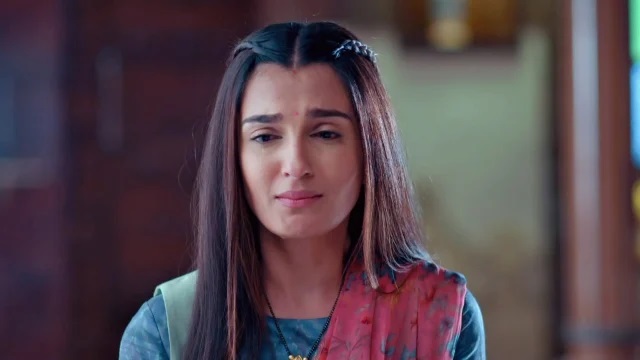 In the next scene, Shiva and Ravi continue to bicker. Shiva unpacks his bag and starts arranging his clothes in the almirah. Ravi gets angry at him and tells him that it’s her almirah. Shiva jokes if her father gave this in her dowry. He reminds her that it’s our room so we both will share this almirah. Rishita tells Dev that they should examine other people’s rooms as well. Dev answers that what is the need for that.

On another hand, Dhara and Gautam also spend some quality time sitting beside a river. Dhara recalls her marriage days and discusses with Gautam. Meanwhile, Rishita enters Ravi’s room. She gets surprised to see her big and spacious room. Rishita tells her that she got such a big room. Ravi tells her that Dhara allotted this room to her. Rishta says that it doesn’t matter if you took the room yourself or Dhara Bahbhi gave it to you.

The main thing is that this room belongs to you. Ravi tells her not to ask for the room as she has already arranged her clothes. Rishita gets angry and asks Ravi when did she ask her to give this room to her. Rishita adds that technically this room should be given to the elder brother but she doesn’t mind. Rishita leaves the room saying that Ravi has started to behave like Shiva’s wife. Ravi gets upset either and sits on the bed.

After that, Ravi goes out and so does Rishita. The latter gets upset and sits alone. Suddenly she feels flowers getting showered upon her. She looks up and sees Dev throwing those. Dev comes down and kisses Rishita’s palm. They hug each other while Gautam also carries Dhara in his arms. Shiva and Ravi will also enjoy some alone time. Watch Pandya Store to find out what happens next on Star Plus.