Hello, all the entertainment lover, so the weekend is here and the wait for another episode of the fabulous reality dance show Dance Deewance has come back on your Television screen. So, as we saw in the previous episode of the show, some of the legendary veteran actors and incredible dancers including Waheeda Rehman, Asha Parekh, and  Helen had arrived on the show along with two of the most iconic villains of the Hindi cinema Ranjeet and Prem Chopra. But, now in the latest show, two of the dazzling stars of the music industry Anu Malik and Udit Narayan are coming to double the spark of the show. 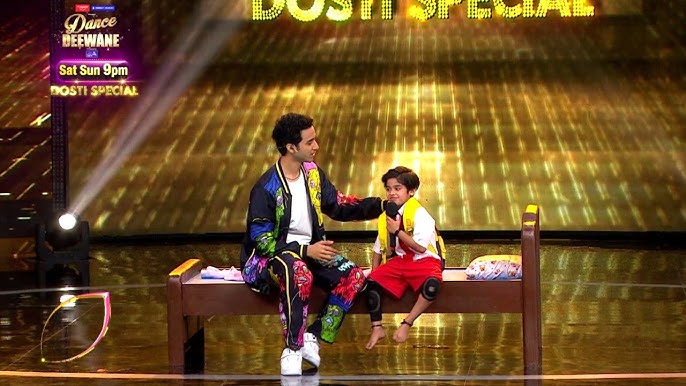 According to the latest glance of Raghav’s cam Bharthi is enjoying a 90s’ song and Raghav is printing as a DJ, while his DJ is a sewing machine. Some of the contents are also standing along with. Madhuri is also present on the stage talking with someone. Raghav is considered a complete entertainer who always keep the notch of the show at an advanced level. But, now, he going to take the level of entertainment to its peak as Bharti is coming to collaborate with him on the stage of Dance Deewane.

Later, Sohail comes on the stage with an ultimate energetic performance on “Sabse Age Honge Hindustani”. He set the stage on the fire. His complete performance is filled with immense spark, everyone along with the judges feel the heat of the show. His power-packed performance astonishes the audience. Sohail received a standing ovation from the judges. No one stops hooting for Sohail in the complete act. The stunts and moves are just outstanding. Even the guests of the show are highly thrilled after this amazing act.

Sohail gets finished with his performance and received positive words of mouth from the audience. The hosts of the show Raghav, Bharti, and Harsh bring a goat for Sohail as a gift. Sohail is fond of goat milk, he gets ecstatic seeing his present. Bharti says that Dance Deewane offers this for you to drink milk and dynamic performances like today.

Later, Harsh brings a necklace of black beads looking like it made of Goats’ waste. He says that he will offer it to Bharti as he didn’t give her a present for a long. Catch the complete episode of the show at 9 PM on Colors every Saturday and Sunday. Stay tuned for Social Telecast for more information and all the latest updates on Dance Deewane season 3.