Good news for the fans of the OTT platform  “Ullu app” who are eagerly waiting to watch the next part of the web series  Paro, so guys your wait is finally over. After watching the massive hit of part 1 the makers are back with its 2nd part with the same title “Paro 2.” 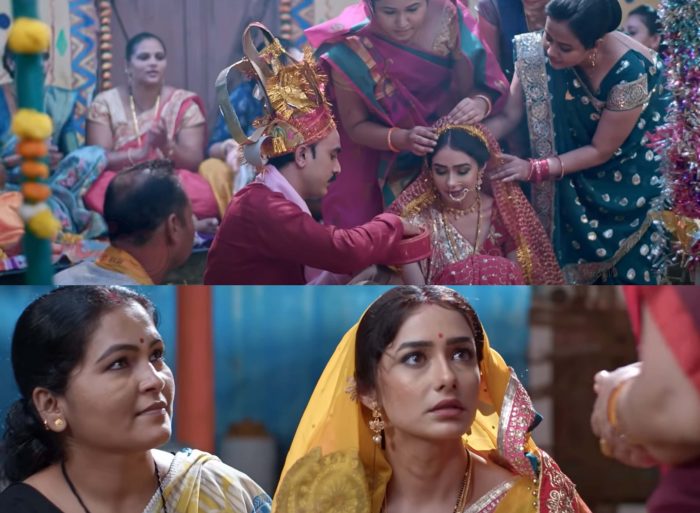 In this 2nd part again the famous Television actress Leena Jumani playing the role of Paro but this time the story is going to be different to watch and will again prove that why she is the popular face amongst the youth. This time the other actors also going to play the main roles along with Leena Jumani. This web series is directed by Sanjay Shastri and constructed under the production of Ullu Digital Private limited. tIn this blog, we are sharing the complete details of the 2nd part including the full star cast, storyline, trailer, review, and release date.

The genre of this part is drama and romance and quite thrilling to watch as in this part the truth behind her second marriage is going to reveal. As we watched in the promo that a gang used to take money from the side of the grooms and after the second day of their marriage they called women back to their parental house and again re-married with some other guy. They use to do the girls’ re-marriage in order to make money and Paro is also part of this conspiracy but forcefully doing all these things.

One day she gets to know that these goons are planning to make her younger sister also the part of this crime then she decides to escapes from this place and will try to save the life of her younger sister. But how she will going to do these is quite interesting to watch and how she reveals these goons in front of the public. To know these the viewers need to watch this series.

The trailer of the series is already released on the Youtube channel by the official page of the website on 21st May 2021 with the caption, ” Cheated by loved ones, strangers tried, everyone made life a toy. “Paro Part 2”. The trailer gained more than 4.6 Lakh views within a day and 8.4k likes which indicating that the fans are desperately waiting to watch this 2nd part. “Paro Part 2” will be streaming on 25th May 2021 on the Ullu app.